This item is a very large, intricate silver trophy, dating from the late nineteenth century belonging to a private client. It is composed of three main sections: the top depicts large trees with figures and animals below, a silver base with three dioramas, and the bottom section is a wooden base with small plaques.

A fine layer of overall tarnish was beginning to form, and in some areas there was obvious dark tarnish detracting from the trophy’s overall aesthetic appearance.

As the trophy is very large and has many removable pieces, thorough photographic and written documentation was undertaken prior to treatment to ensure all parts would be correctly re-assembled.

After photography, the trophy was disassembled in stages and well-documented, the old coating was removed and the surface cleaned with solvent. The trophy was then ready to be polished.

Each time any metal item is polished, small amounts of surface metal - as well as tarnish - are removed. For this reason, a very mild, controllable polish blend is used with a gentle soft bristle brush to remove discolouration from crevices.

When the trophy was dissembled, some old old damage was discovered so a specialist silversmith was engaged to undertake careful repair work. This repair work was also documented for future reference.

Once polished, the trophy’s silver surfaces had two applications of conservation-grade acrylic lacquer. The coating acts to slow down the rate of future tarnish formation.

The trophy was re-assembled, with the assistance of the silversmith, and during this stage the conservator referred to the documentation and images taken throughout the project. 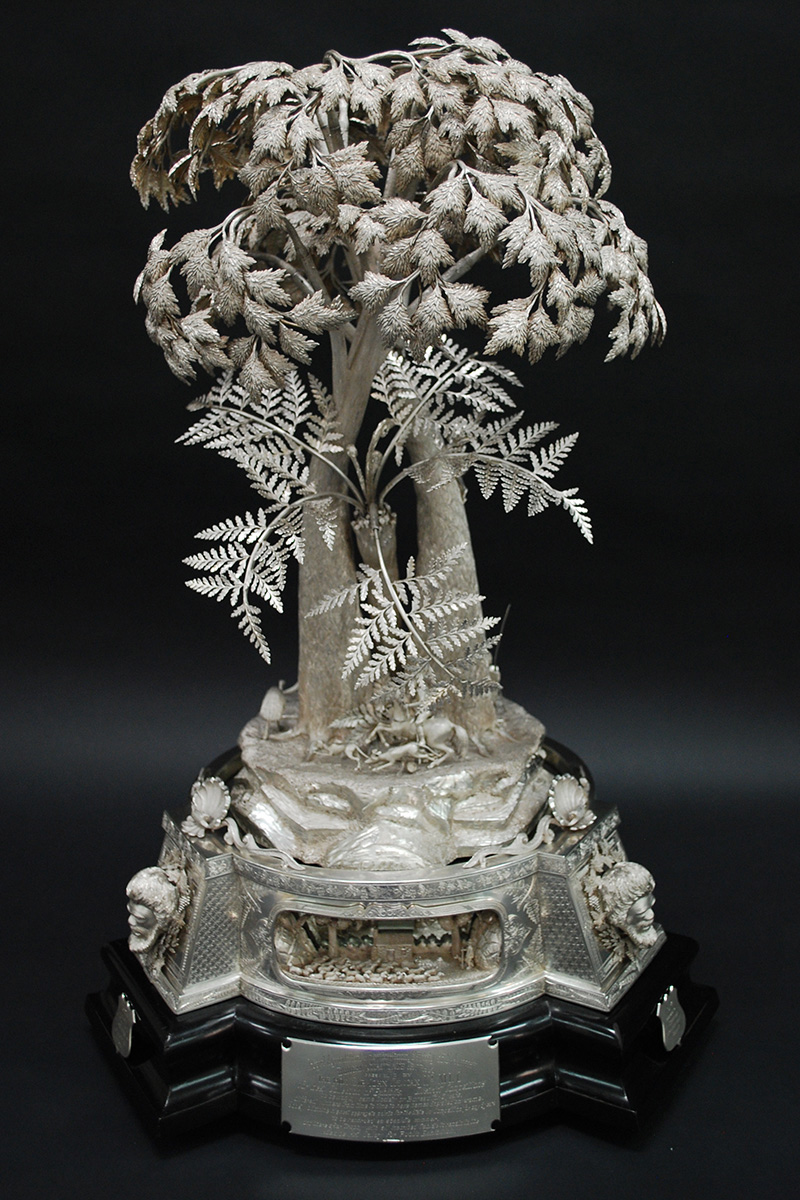 Silver wreaths before and after cleaning. 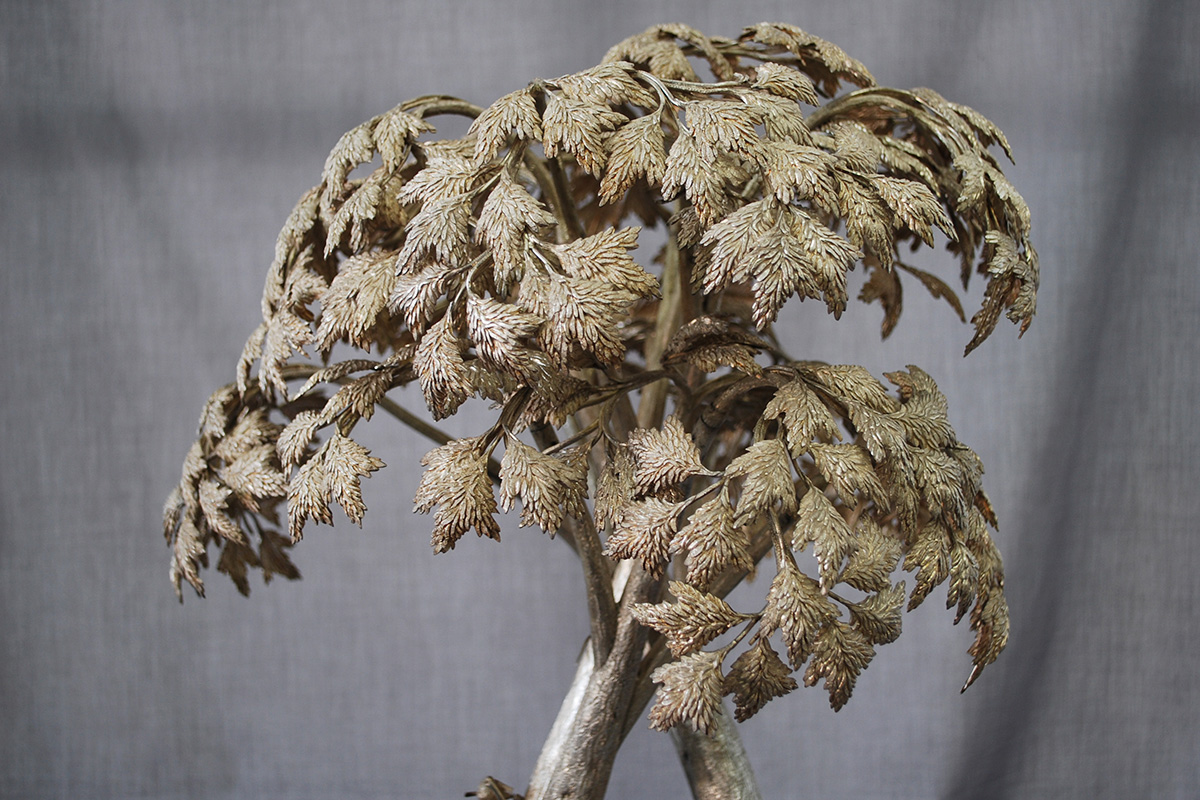 Leaf decoration before and after cleaning. 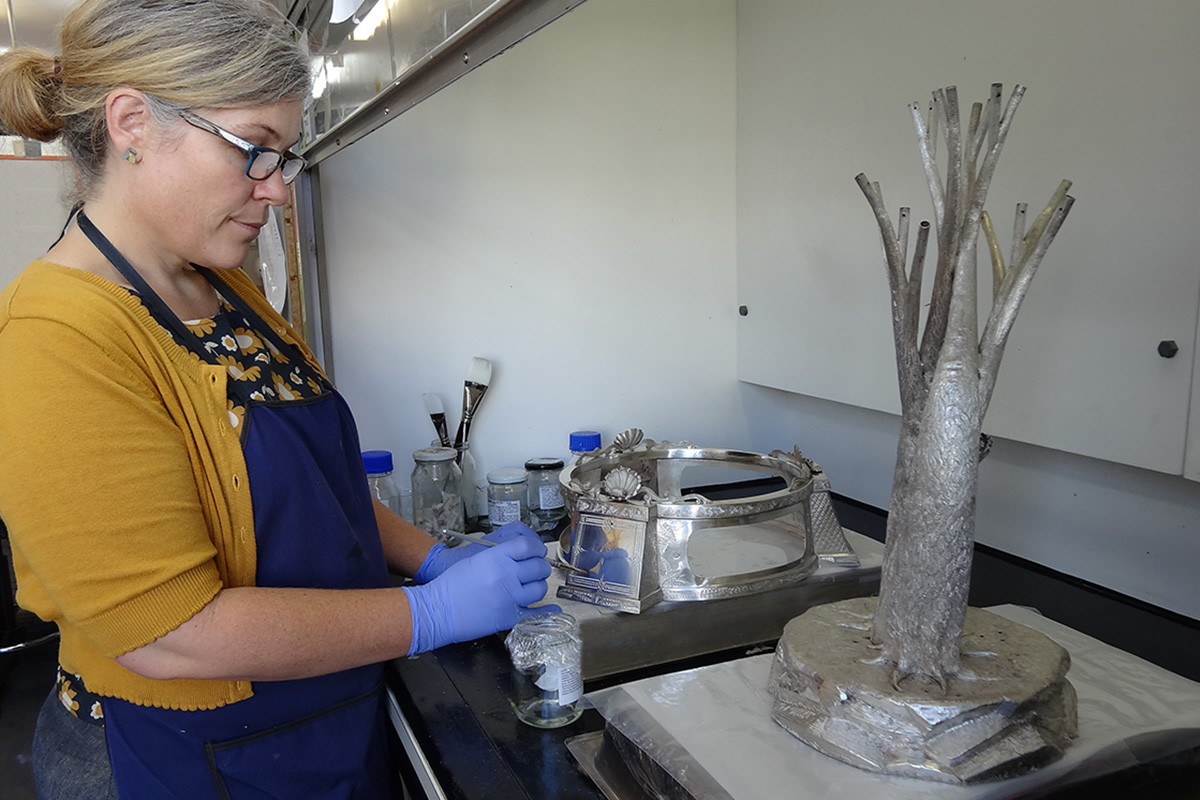 Jo Dawe, Objects Conservator applying lacquer to a section of the trophy. 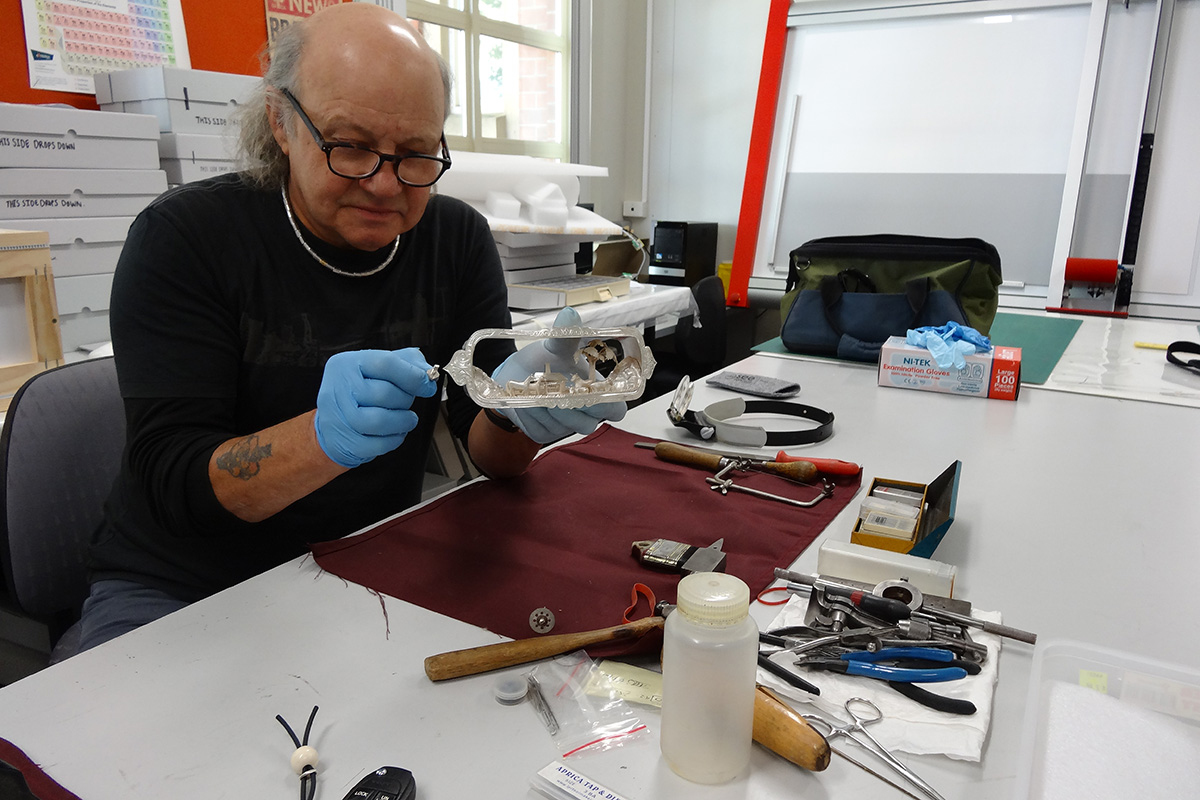 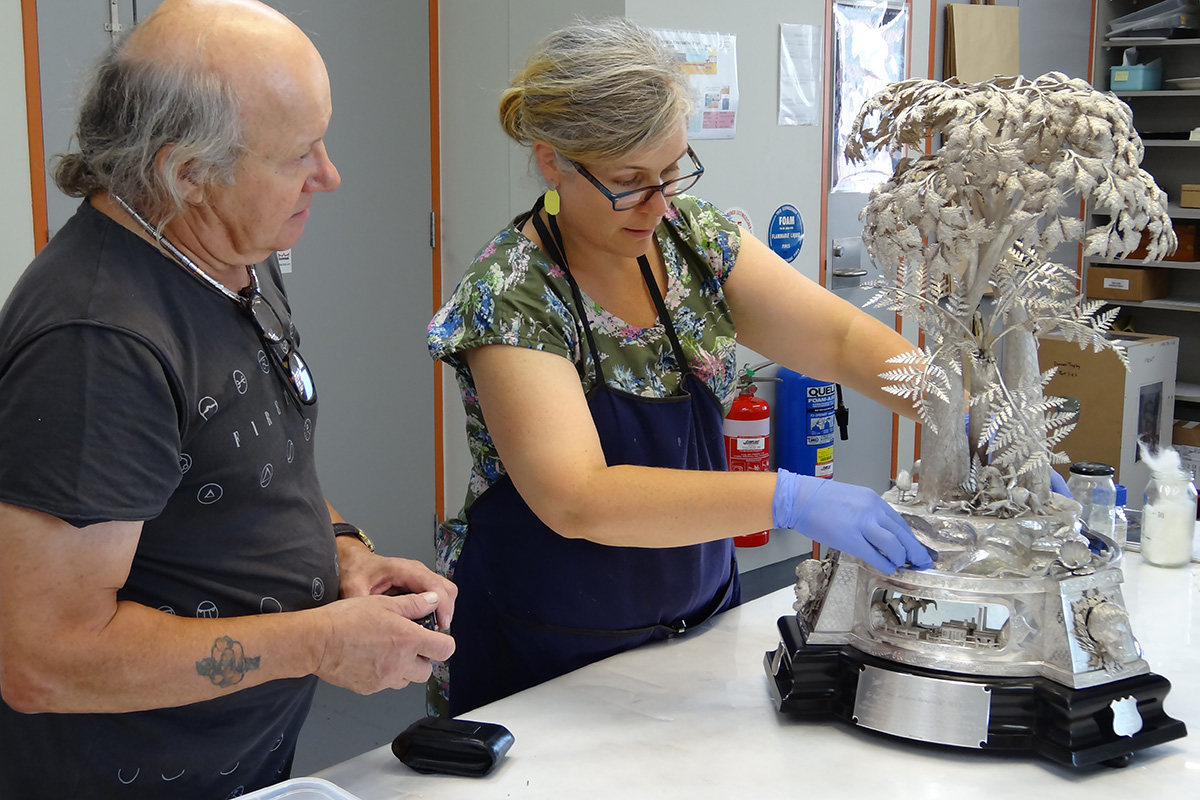