Bob the Railway Dog was famous for travelling the railways in South Australia during the late 19th century. An article in The Advertiser in 1936, titled “Owned Bob the Railway Dog”, William Seth Ferry related the story of Bob, a railway mascot.

According to William Ferry, he first saw Bob (1882-1895) in a cattle truck at Terowie, in the mid north of South Australia, with approximately fifty other stray dogs from Adelaide who were consigned to a rabbiter at Carrieton. Ferry took ownership of Bob after finding a replacement dog to swap with the rabbiter, as William had become particularly fond of Bob.

A few months later William Ferry transferred to Petersburg railway station as a porter/guard and during this time, Bob travelled the line with his owner and often disappeared for lengths of time on journeys of his own. Bob befriended engine drivers jumping on and off trains, travelling interstate and apparently, took short suburban trips on trams. It was said, he also made river trips on the River Murray steamers.*

Bob the Railway Dog is from the collections of the Hindmarsh Historical Society and was conserved at Artlab in preparation for an exhibition at Carrick Hill, Spot the Dog – canine companions in art from 8 March to 30 June 2017.

The painting required a thorough clean and there were several large and small canvas tears and punctures with associated paint losses. The conservator cleaned the painting to remove the dust and grime and with further cleaning, removed a darkened old retouching repair over one of the dog’s eyes.

An old patch repair on a large tear was removed and torn canvas fibres were aligned, flattened and bridged to strengthen the tears. All paint losses were filled and the losses retouched to match the original colour work. 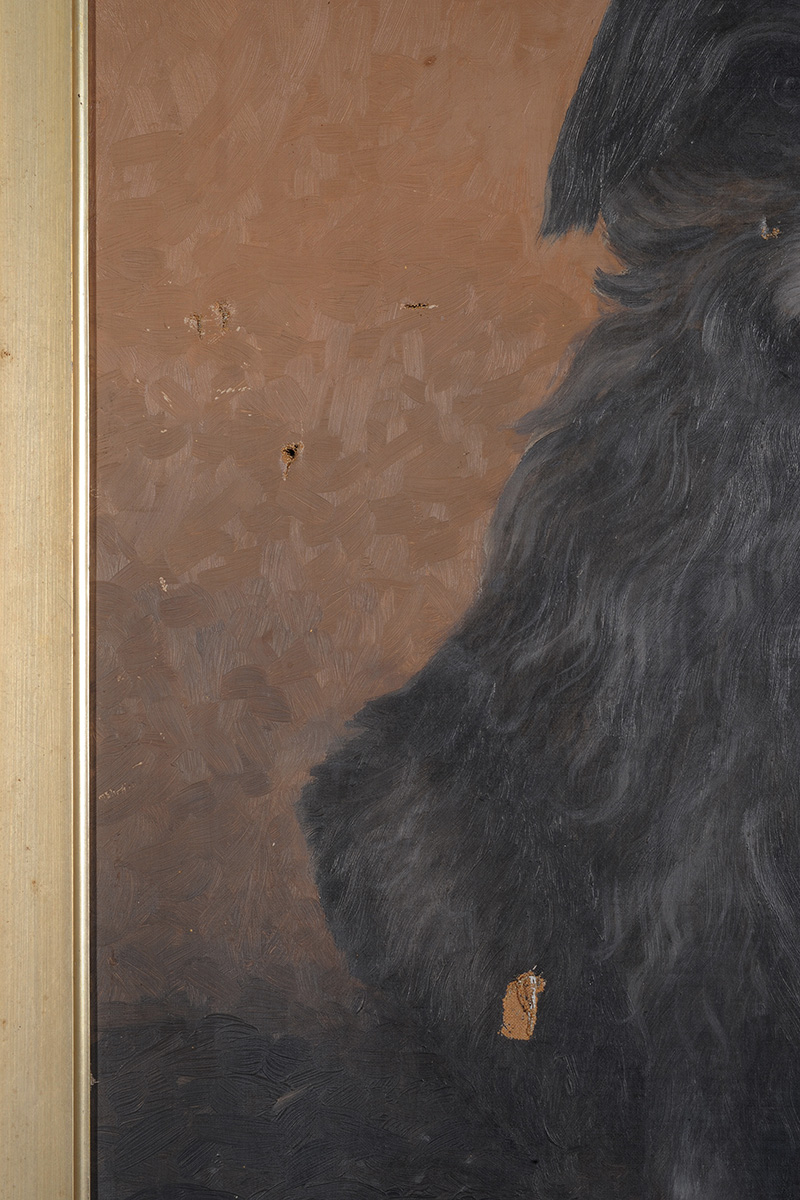 Detail of canvas tears and damage before conservation treatment. 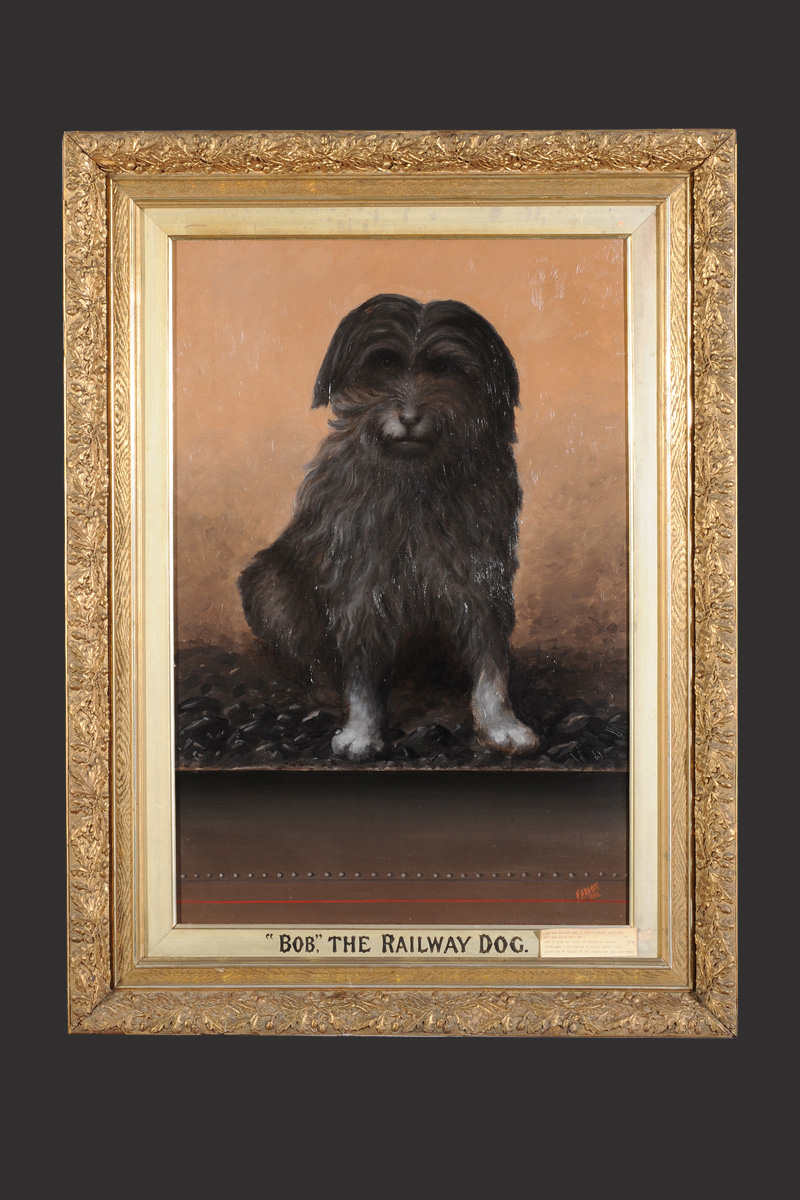