Decorative panels, doors and drawers from an exquisite Chinese theatre cabinet were bought to Artlab for conservation and restoration treatment. The craft work on the cabinet resembled similar objects made in the Japanese art form, Shibayama during the Meiji period 1868 to 1912. Shibayama is the inlay of a design into an ivory, wood or lacquer base using a variety of carved natural materials such as sea-shells, horn, coral, tortoiseshell, stained ivory and wood.

The twelve decorative elements were removed from the main cabinet and transported to Artlab in padded trays for examination and treatment by Objects Conservator, Megan Sypek. Each of the panels featured a carved and boiled ivory decoration and these varied from low-relief to three dimensional depictions of flower blooms, plants and fruit.  During initial examination and condition reporting, several carved wooden components were identified in the craft work and significant losses were noted, many of the ivory decorations were broken from wear and tear. The client fortunately supplied some of the broken fragments which assisted in making new components.

One of the stages of the treatment was cleaning all existing ivory decorations. Ivory, particularly old ivory, reacts very strongly to moisture and solvents so laser cleaning was chosen as it is very effective. Flower components which could be removed from their wooden backing were treated separately and other adhered elements were cleaned in situ.

The lost decorative parts posed a dilemma, replacing ivory with ivory was not an ethically sound option, coupled with the problem of sourcing a skilled craftsperson to work the material. After deliberation and experimentation, polymer moulding clay (FIMO™) was chosen as the suitable material. This stage of the treatment was complex as losses in the elements had to replaced. Megan gathered images of flower blooms, plants and fruit on the cabinet to reference when replicating the lost parts. Several colours of Fimo were mixed together simulating the ‘ivory colour’ and the new components were intricately hand crafted.

This project was an extensive treatment over a six month period and after all elements were completed the panels, drawers and doors were reinstalled to the theatre cabinet 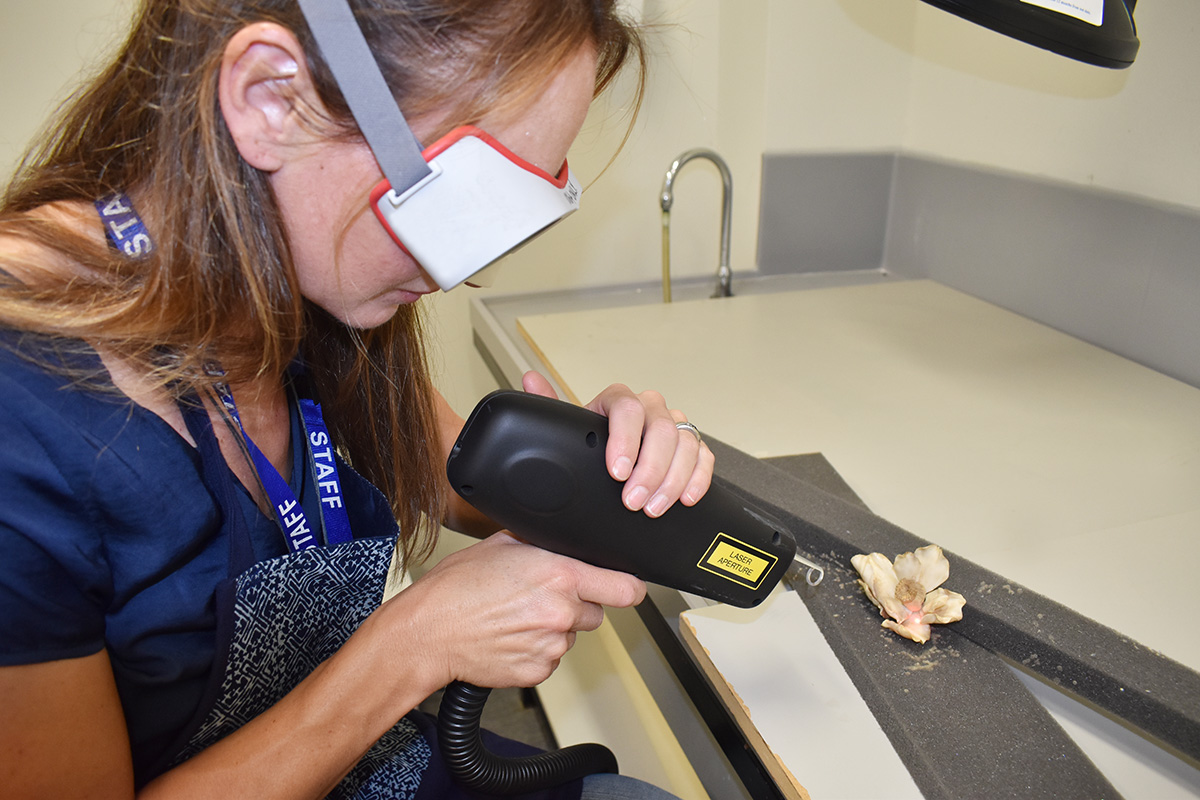 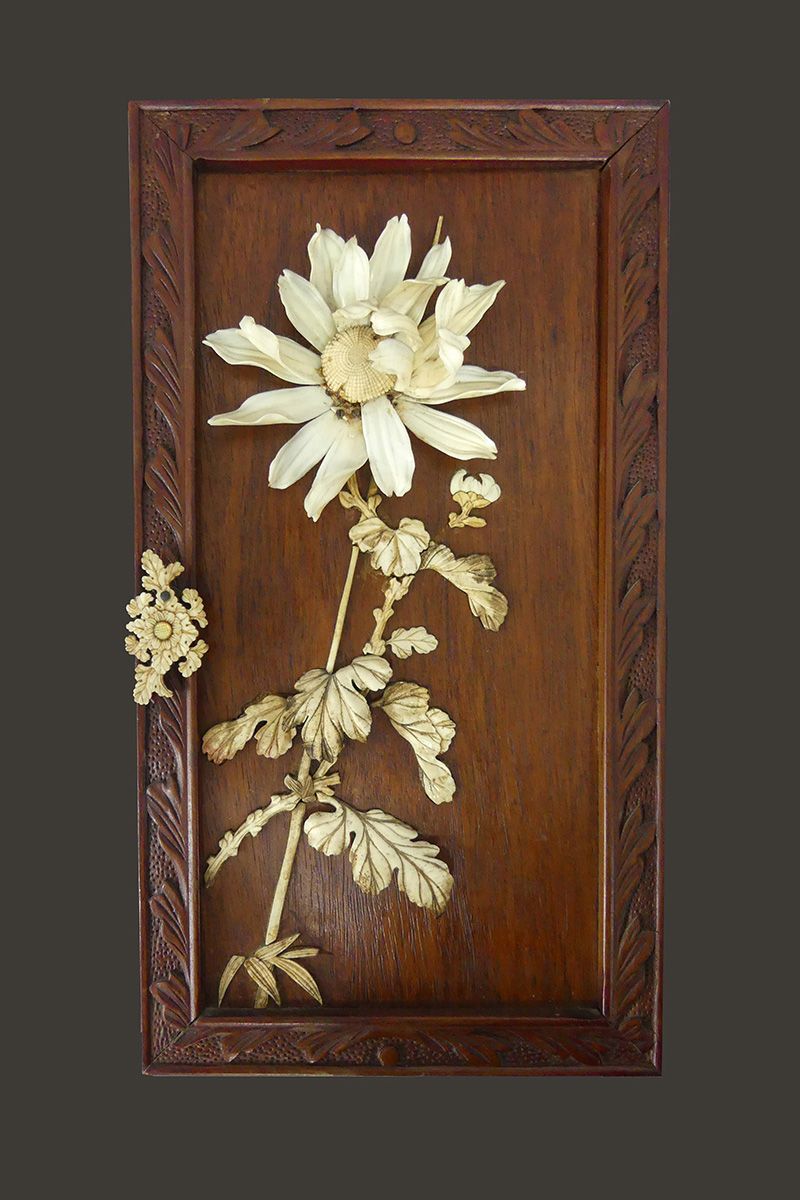 Ivory decoration on one of the doors before treatment 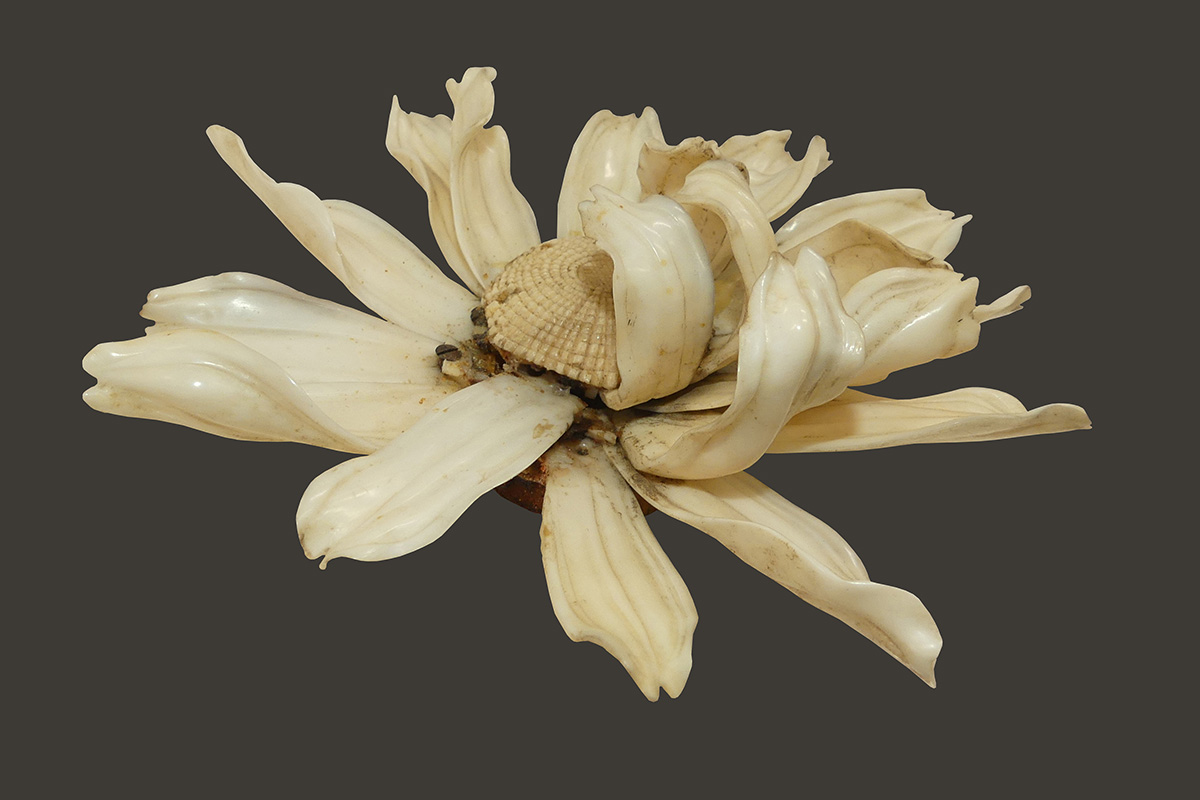 Before treatment detail of flower removed from the door 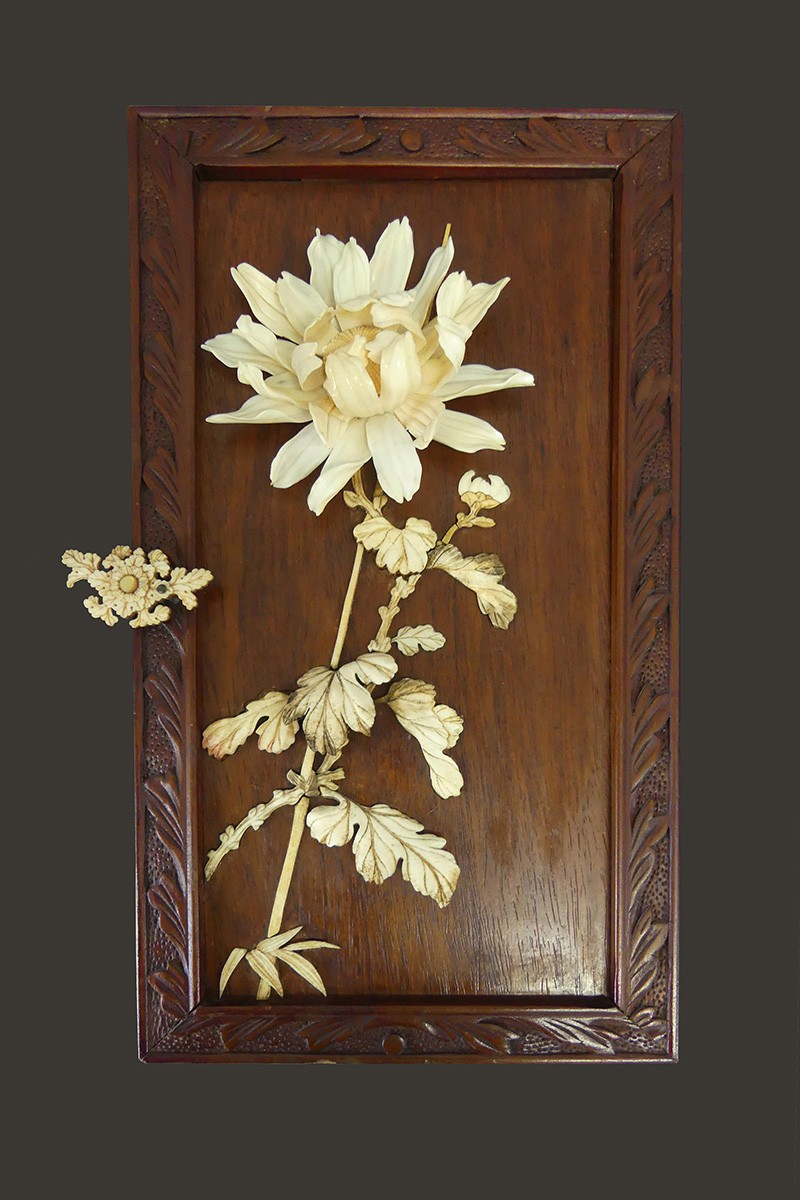 A panel before treatment 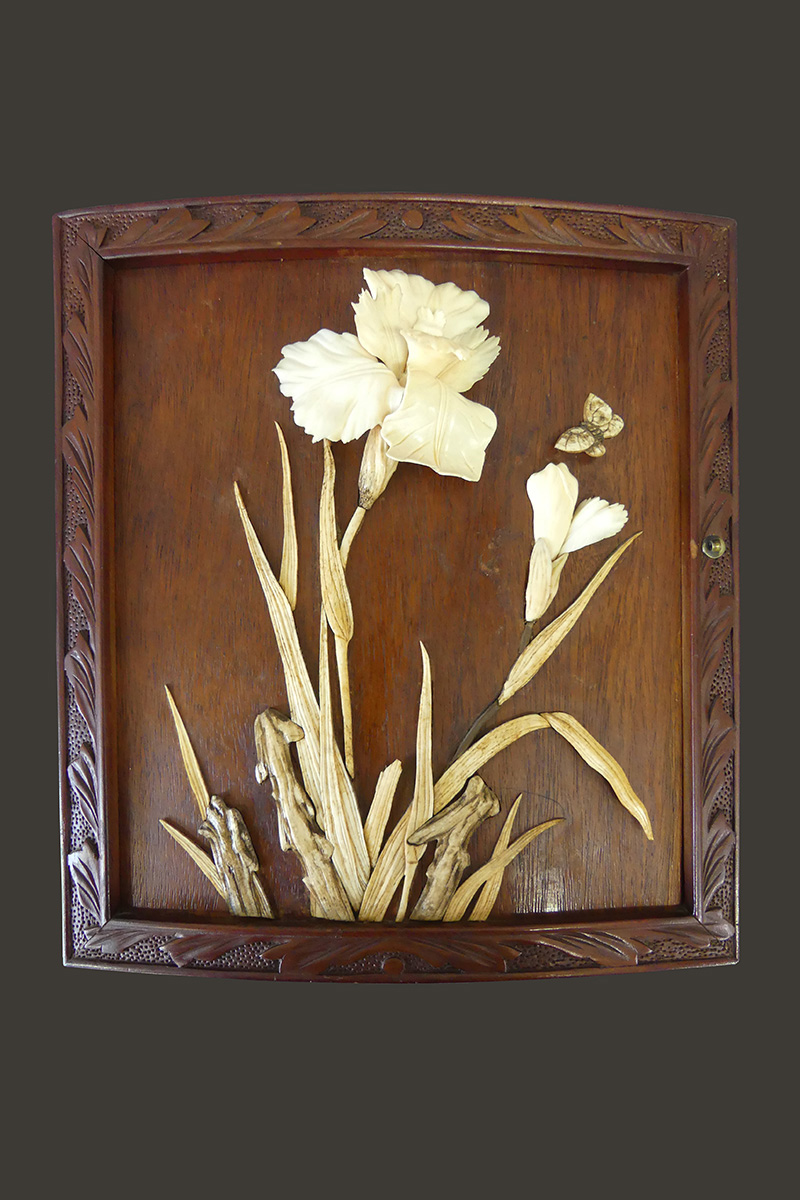 After laser cleaning and new components fitted to the panel 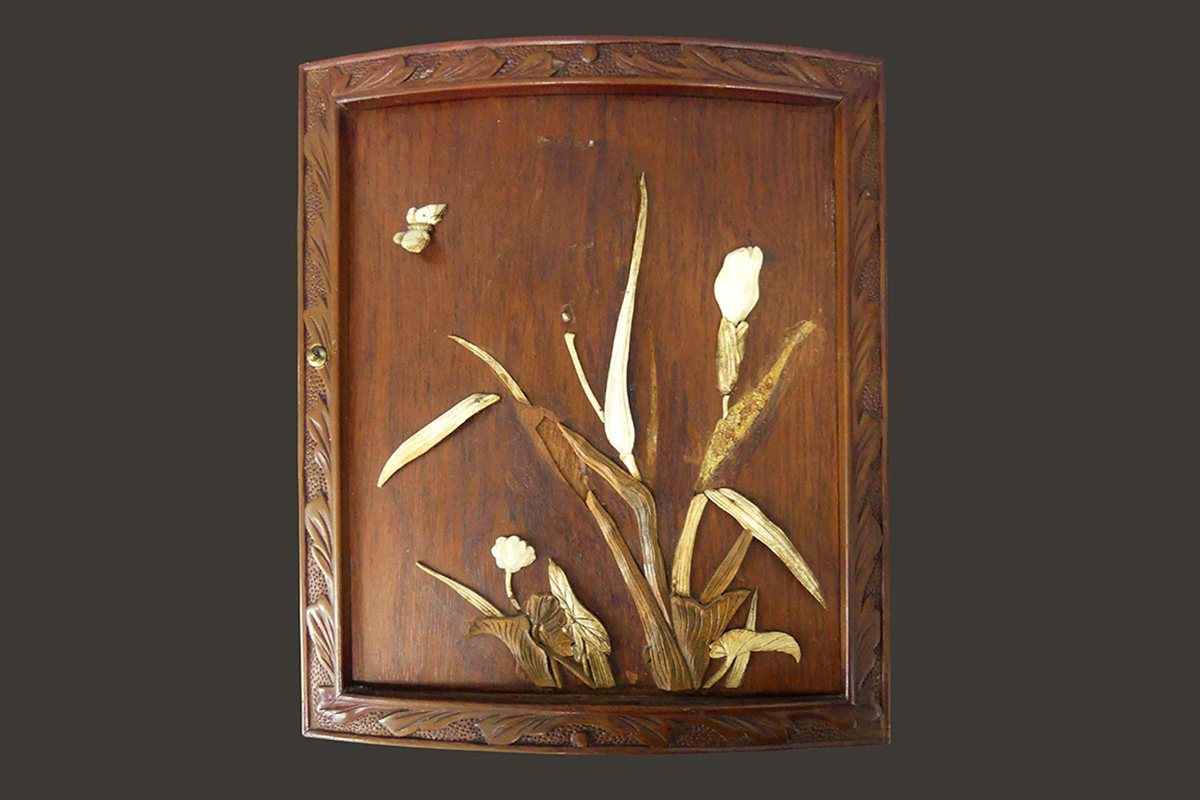 Before treatment image of damaged panel 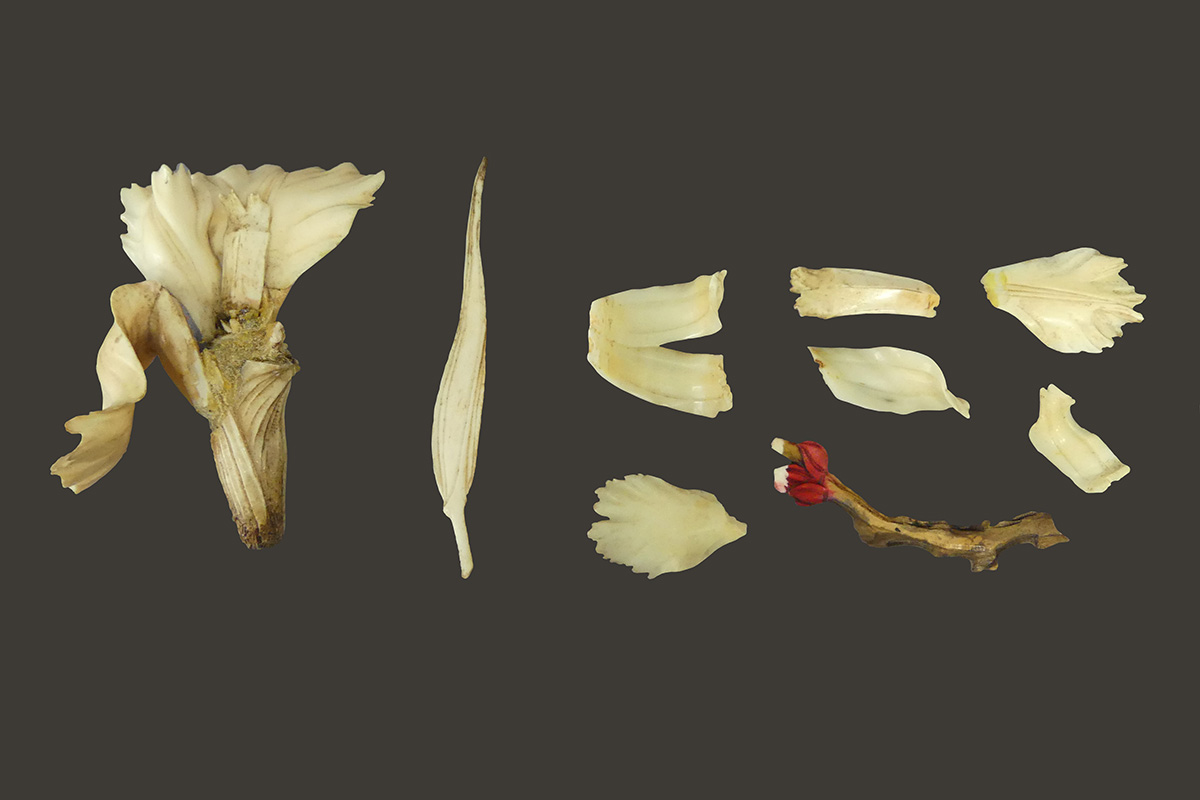 Damaged elements of the iris flower before treatment 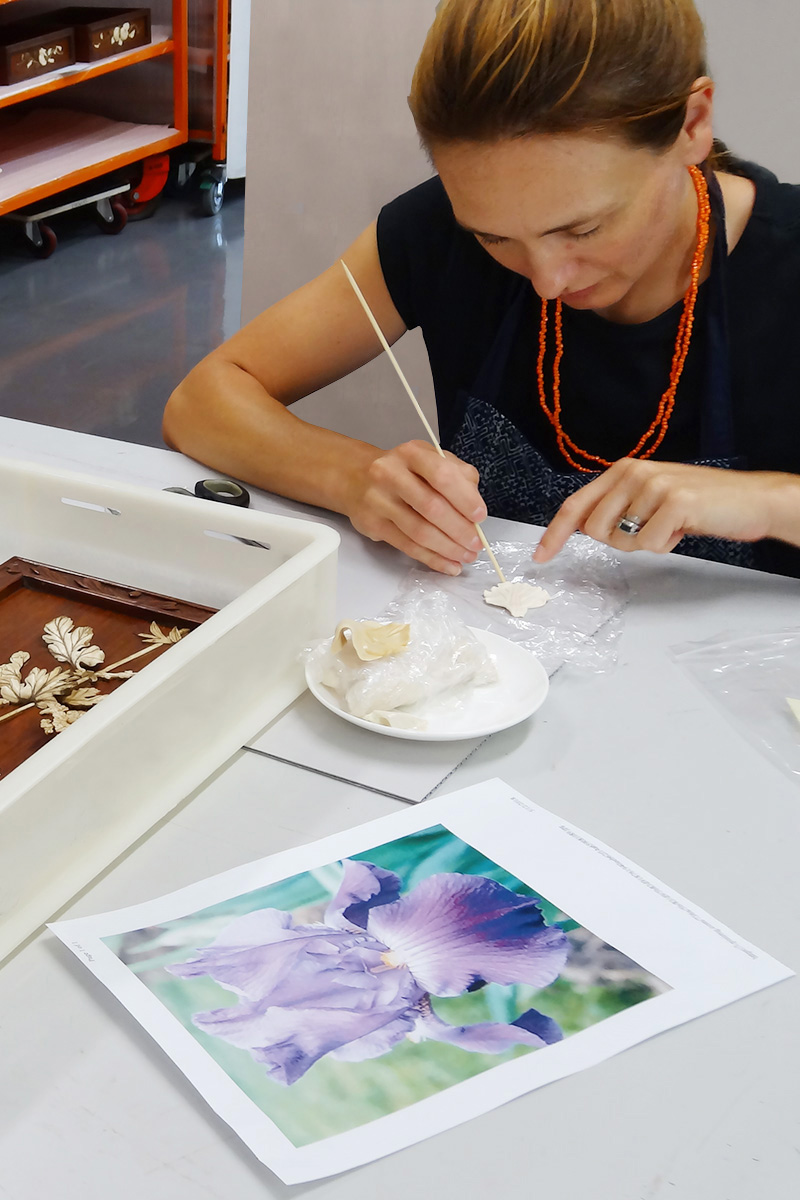 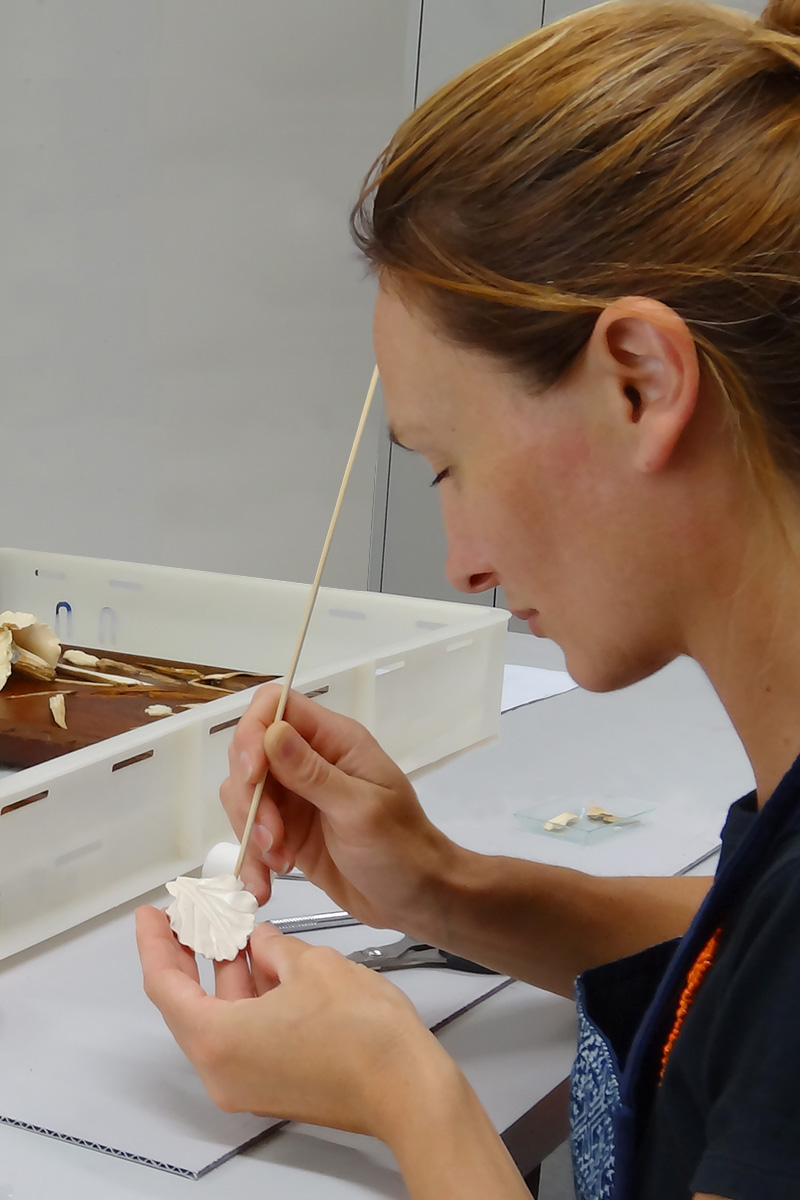