Acknowledgement: David Hallam, Senior Conservator and Director of R. M. Tait and Associates Pty Ltd was engaged by Queen Victoria Museum and Art Gallery (QVMAG), in Launceston, Tasmania to undertake the removal of the aircraft, ‘Miss Flinders’ from their main gallery to temporary storage. The Desoutter was gifted to the Tasmanian Aviation Historical Society (TAHS) who will display the aircraft at a new location in the near future. David sadly passed away before practical work commenced.

History of ‘Miss Flinders’
In the late 1920’s André Marcel Desoutter obtained the licence to manufacture the Dutch aircraft F.K. 41 Koolhaven in the United Kingdom. The plane was slightly modified by Desoutter Aircraft Company with consecutive design improvements receiving the suffixes Mk I and MkII.

‘Miss Flinders’ is a MkII Desoutter 120hp DH Gipsy III. It began service in Ireland registered as EI-AAD during 1930, the first aircraft flying for Iona Airways. The aircraft changed ownership in early 1931 and was purchased by Robert L. Baker who registered the monoplane as G-ABOM. In late 1931 Baker sold the Desoutter to J.H. Harold Jeffery and E.H. Harold Jenkins for their return holiday flight to Australia. Jeffery and Jenkins flew to Australia and on-sold the aircraft to Lawrence McKenzie (Laurie) Johnson in early 1932. Johnson established Launceston-Flinders Airline Services and registered the aircraft as  VH-UEE ‘Miss Flinders’. The plane was flown by Laurie and became the first aircraft to carry passengers and mail between Launceston and Flinders Island.

After a long service life and numerous changes of ownership the aircraft was struck off the airworthy register in 1961. The aircraft was placed into storage and in 1966, it was restored for display in the Launceston Airport terminal building. It was removed from display in 1997 for building refurbishment and after temporary storage at the Inveresk railway yards, it was relocated to the Queen Victoria Museum and Art Gallery. The aircraft was placed on display, hanging by wires from steel roof trusses in the main gallery of the museum.

QVMAG engaged International Conservation Services (ICS) and Artlab Australia in a collaborative venture to continue the work of David Hallam. The practical work was carried out over a week and required careful pre-planning and expertise from both organisations.

The aircraft was carefully lowered to the ground, condition reported, cleaned, disassembled and packed for transport and temporary storage. Artlab provided advice to QVMAG on the safe transport of ‘Miss Flinders’ and also provided recommendations for its new storage environment. 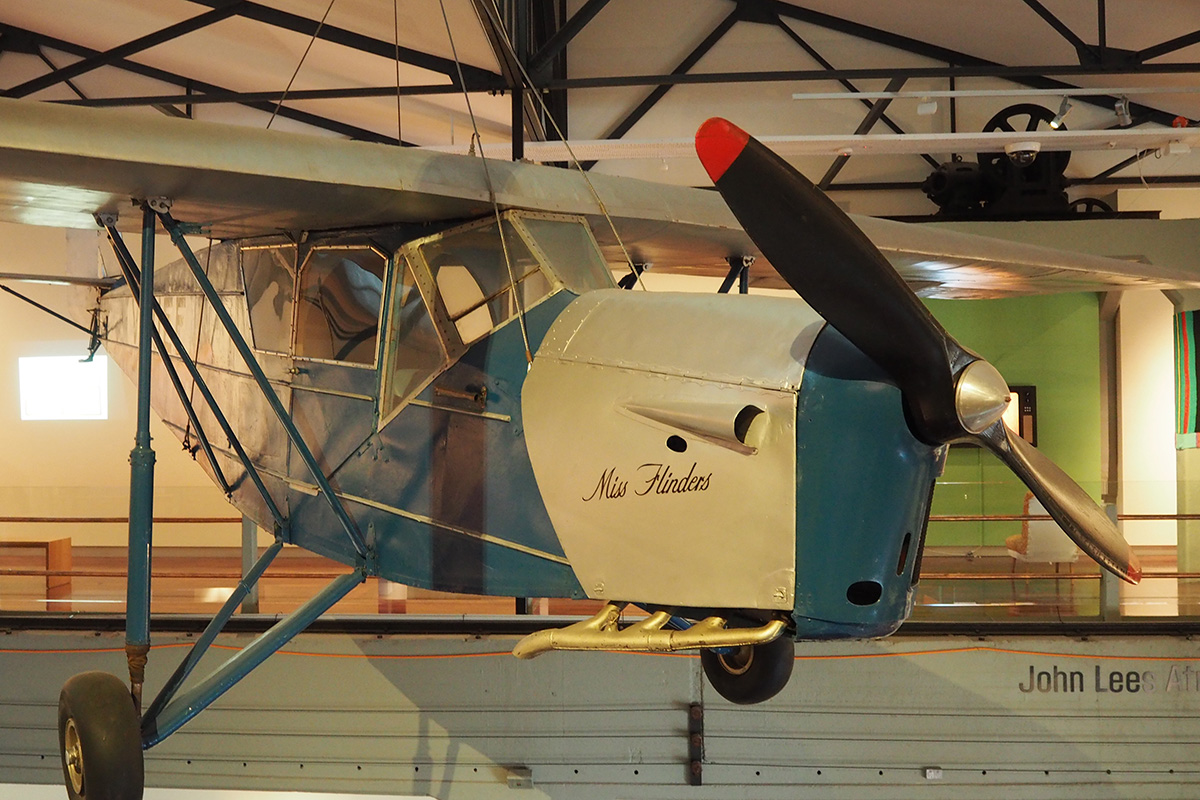 Detail of ‘Miss Flinders’ before removal 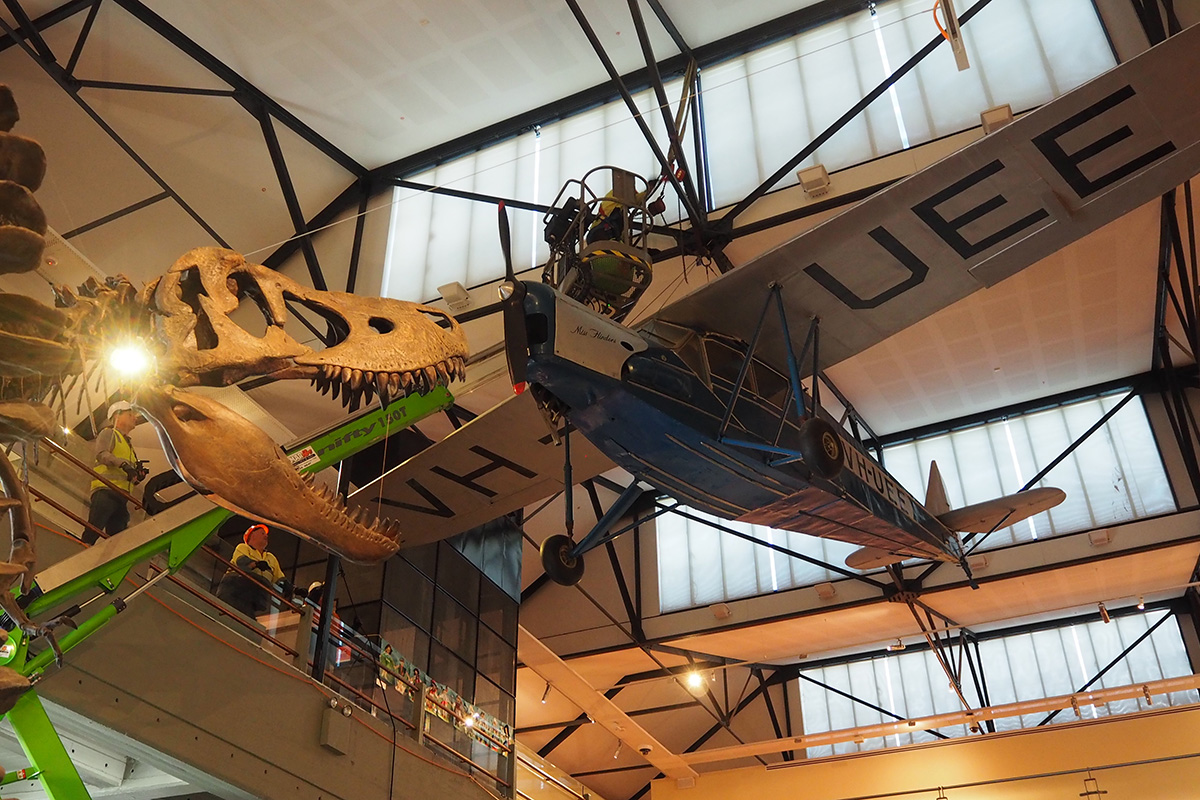 Lowering of the aircraft 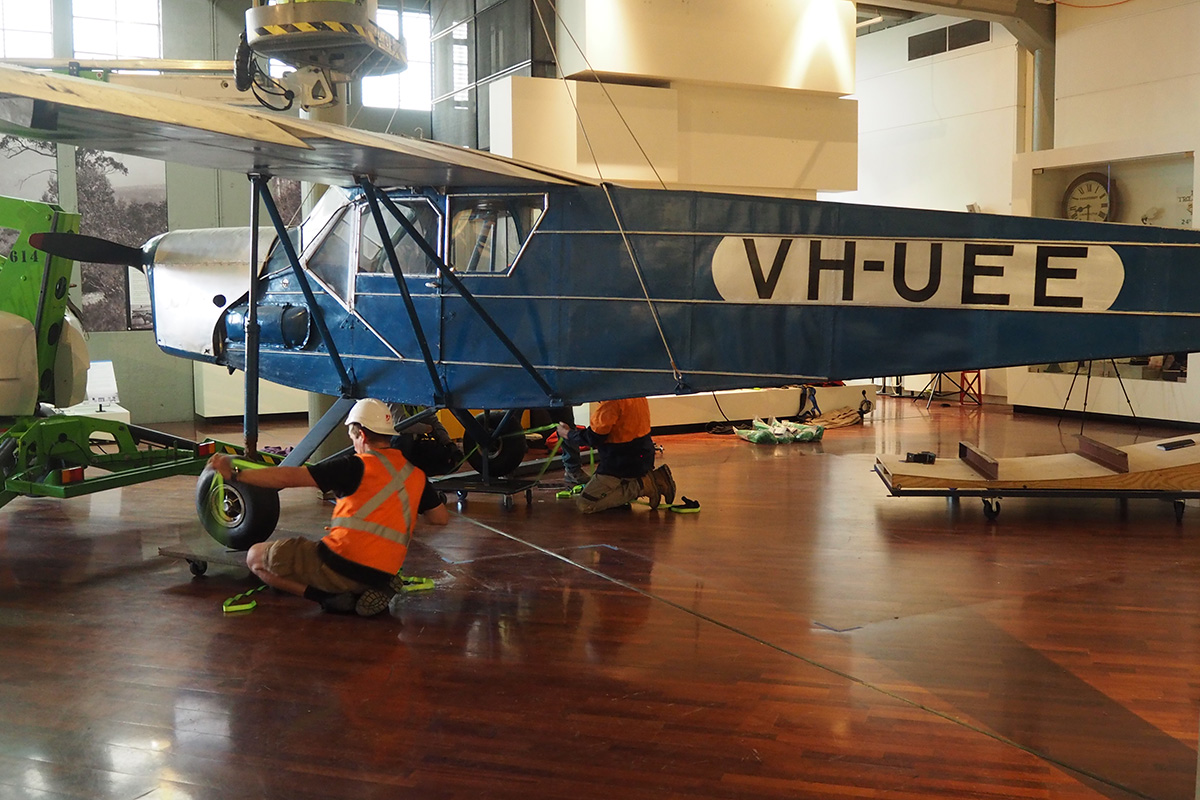 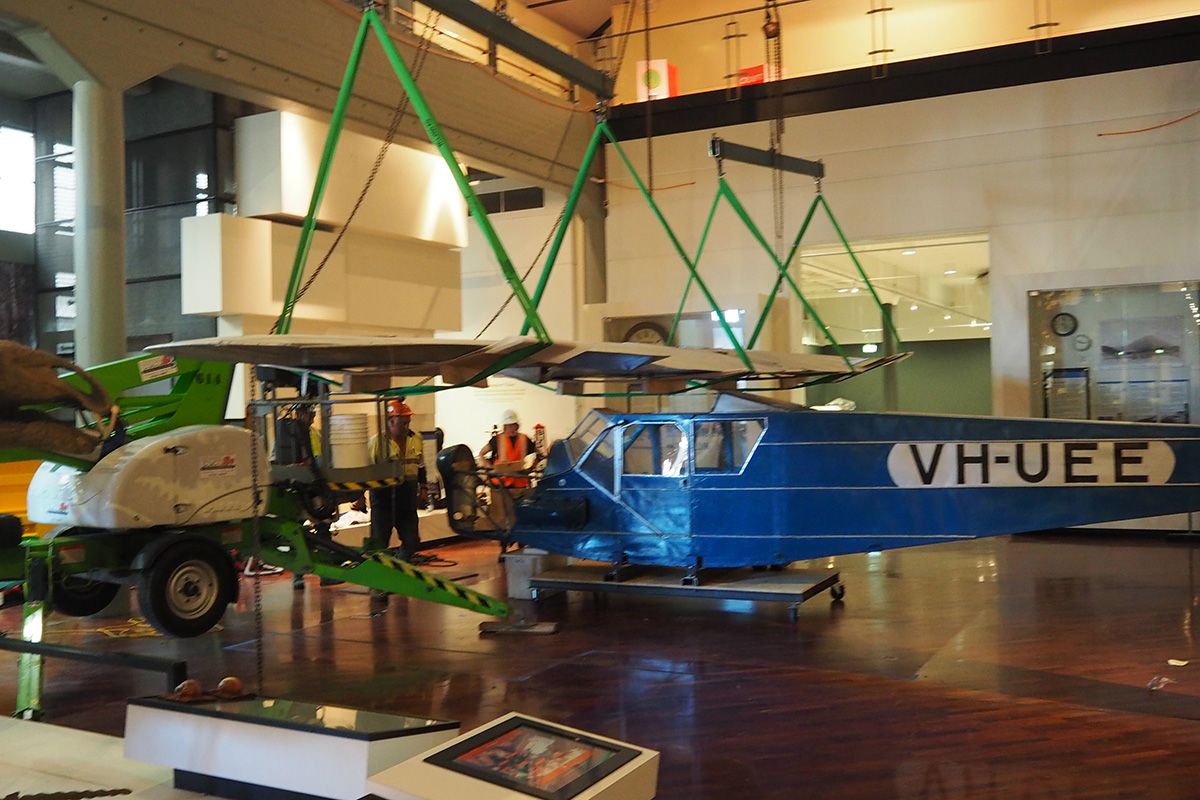 Wings lifted from the aircraft 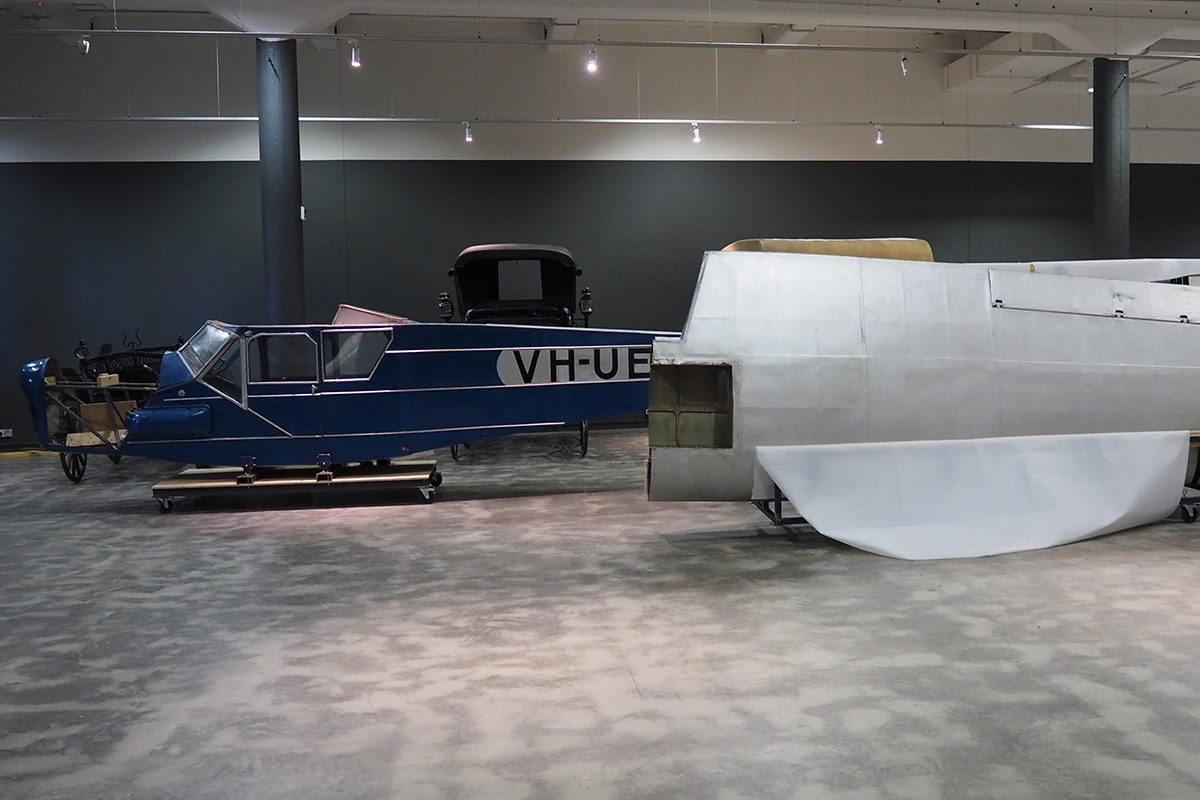 Parts of the plane placed on a pallet before packing