Lyndon Dadswell (1908-1986) is regarded as one of Australia’s accomplished sculptors. In 1959 Dadswell was commissioned to create a sculpture for the façade of David Jones building in Rundle Mall, Adelaide and in 1963, Progress was installed.

Fifty-five years on, the sculpture was removed from David Jones and transported to Artlab for extensive conservation treatment. Rundle Mall Plaza redevelopment was underway and Progress was to be
re-located to a new façade at the Plaza.

The complex planar figure, representing the “spirit of progress”, was constructed to absorb and reflect light on its surface. The figure’s composition is reminiscent of neo-cubist style and is made from copper sheet, steel, stainless steel and bronze.

The sculpture was in good structural condition with no apparent major damage but the surface was covered in dirt, accretions and bird guano due to years of exposure to outdoor elements.

This project involved heavy lifting and meticulous manoeuvres, as the estimated weight of Progress is 500 to 750 kg. The conservator constructed a sling to turn the sculpture over enabling all surfaces to be entirely treated. The conservation treatment included an initial surface clean; removal of old bird’s nests from various spaces in the sculpture; repatination and structural repairs. A welder was engaged to repair old split welds and finally, the entire sculpture was thoroughly cleaned.

Progress was installed on the new façade of Rundle Mall Plaza on 11 October 2018. 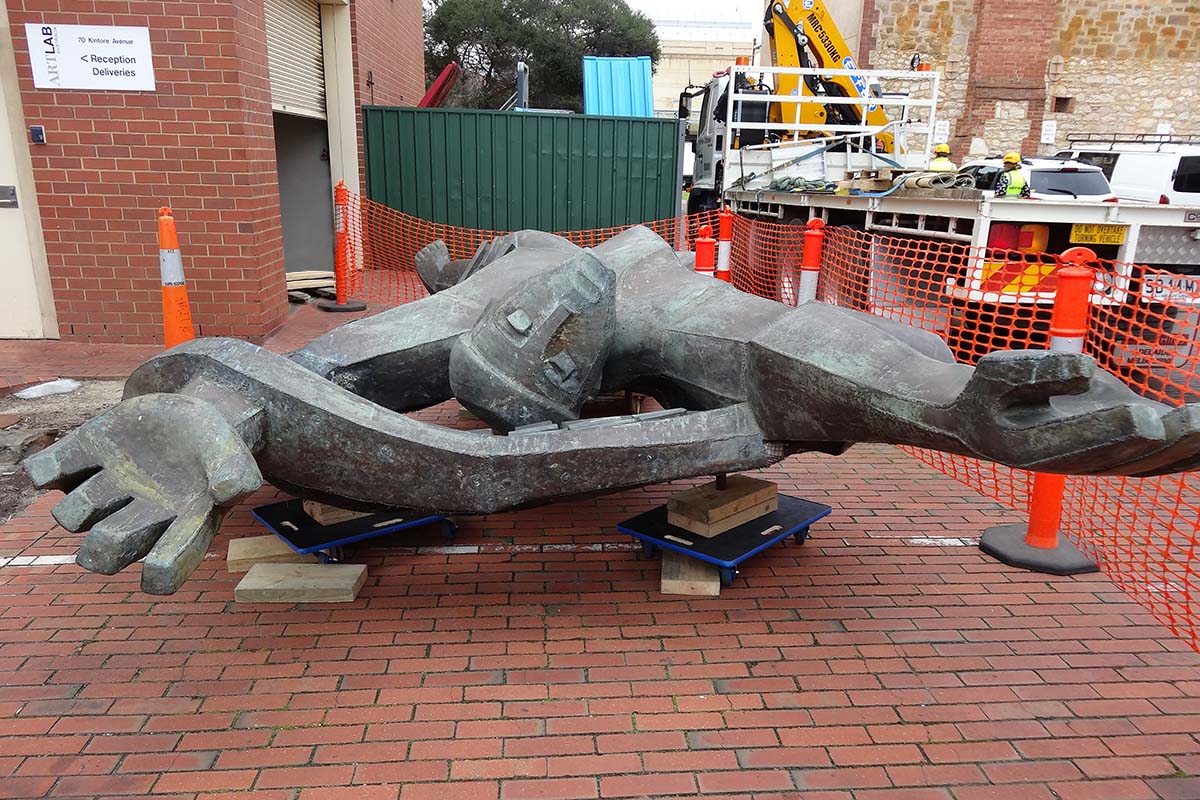 Detail of sculpture before conservation treatment. 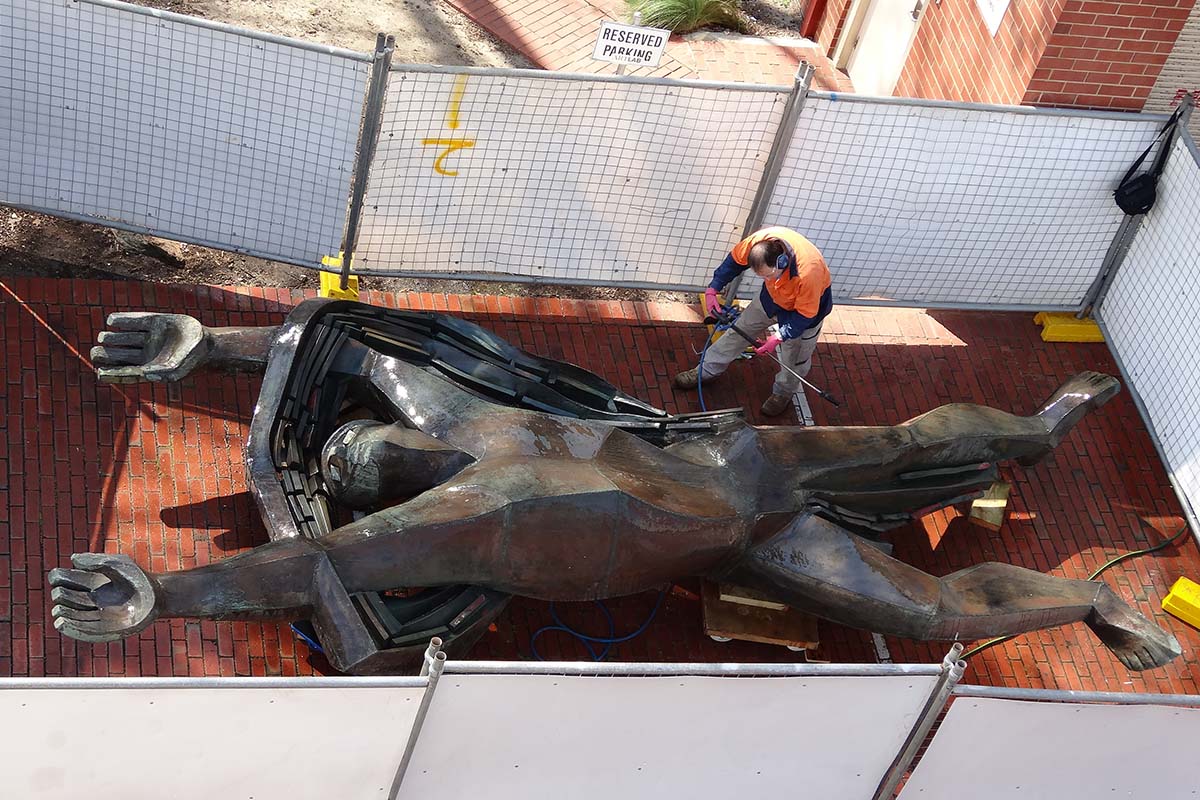 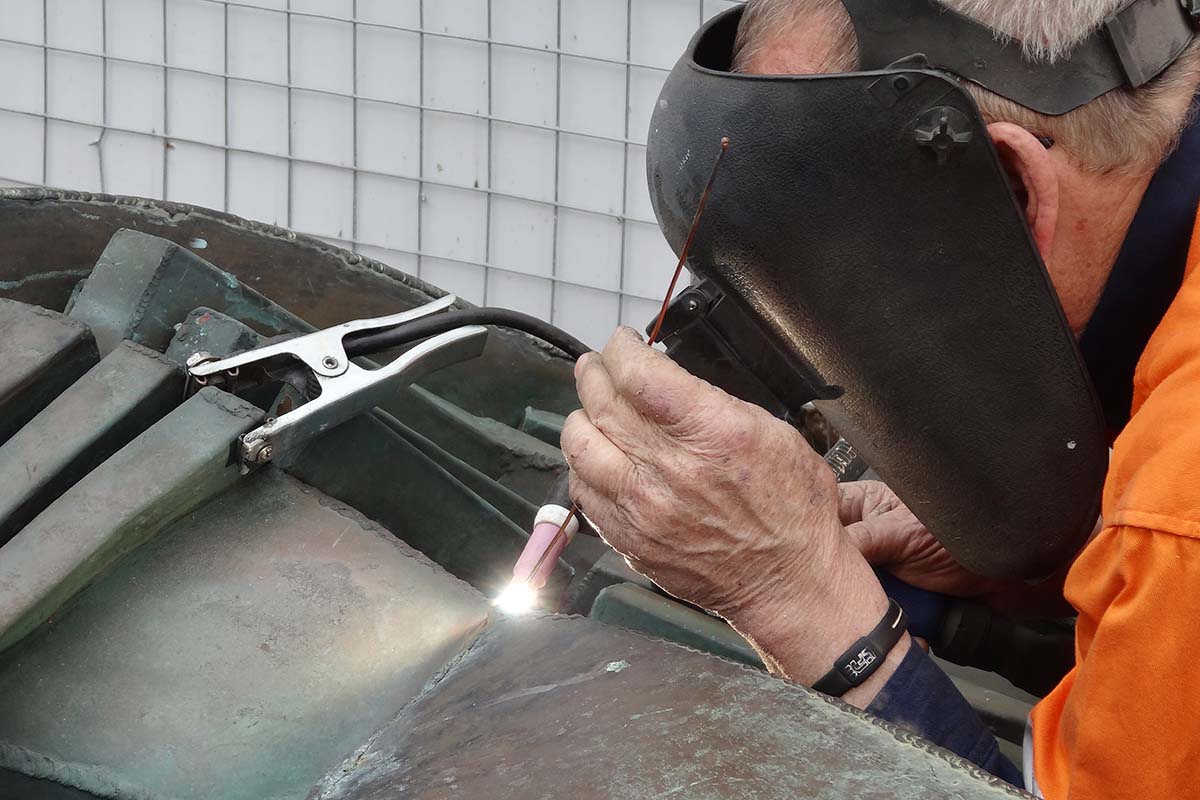 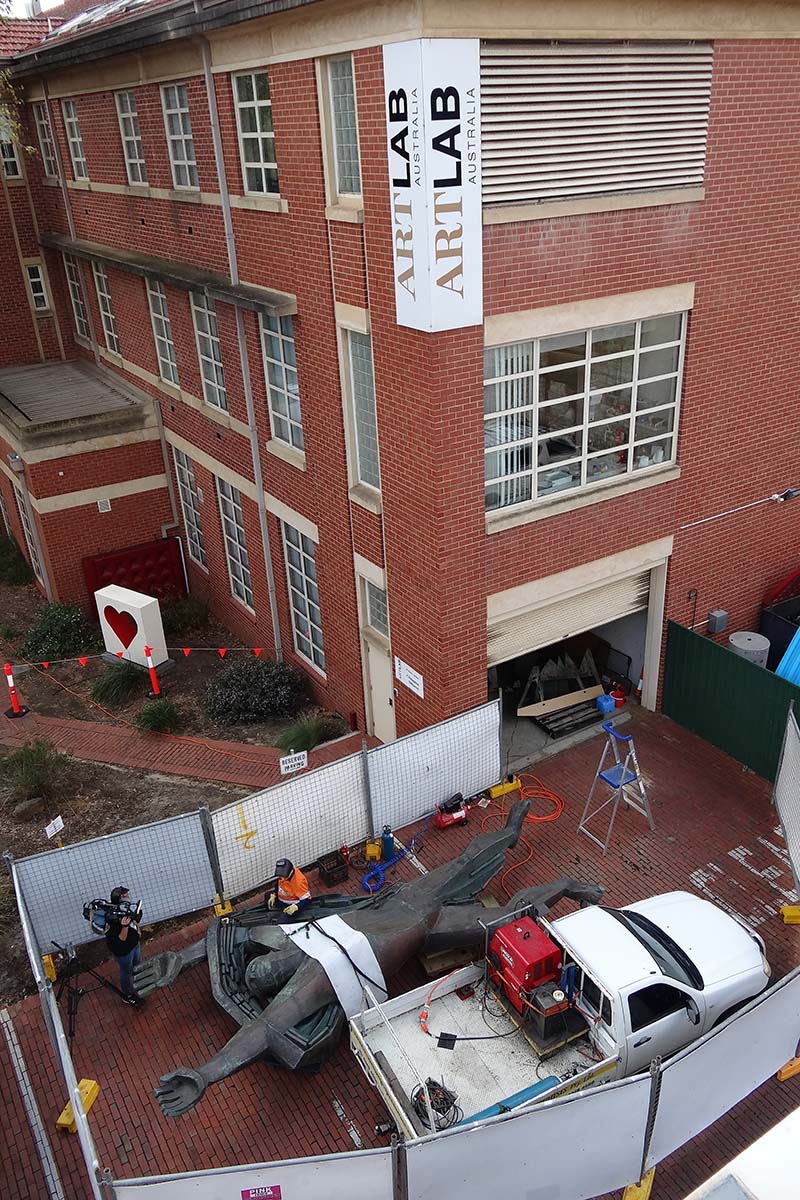 Overhead view of the temporary treatment bay constructed for the project situated outside Artlab. 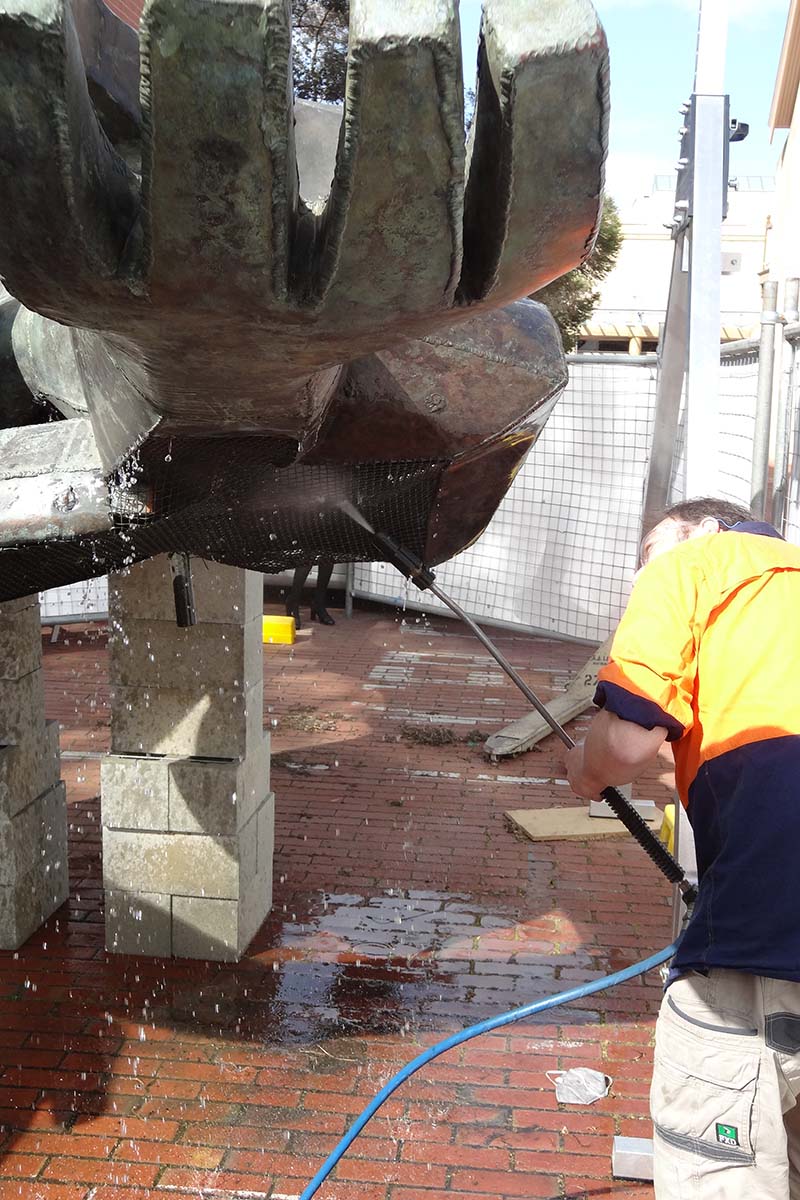 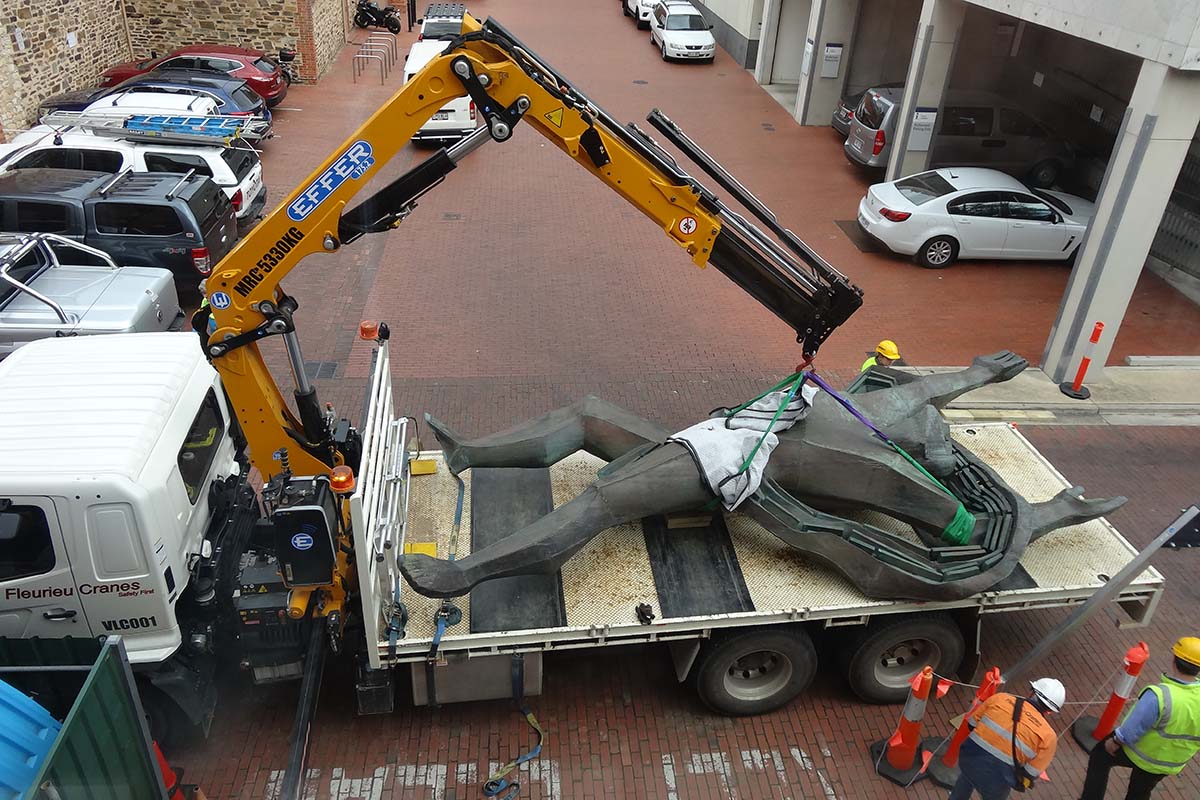 The sculpture leaving Artlab after conservation treatment and transported to its new location. 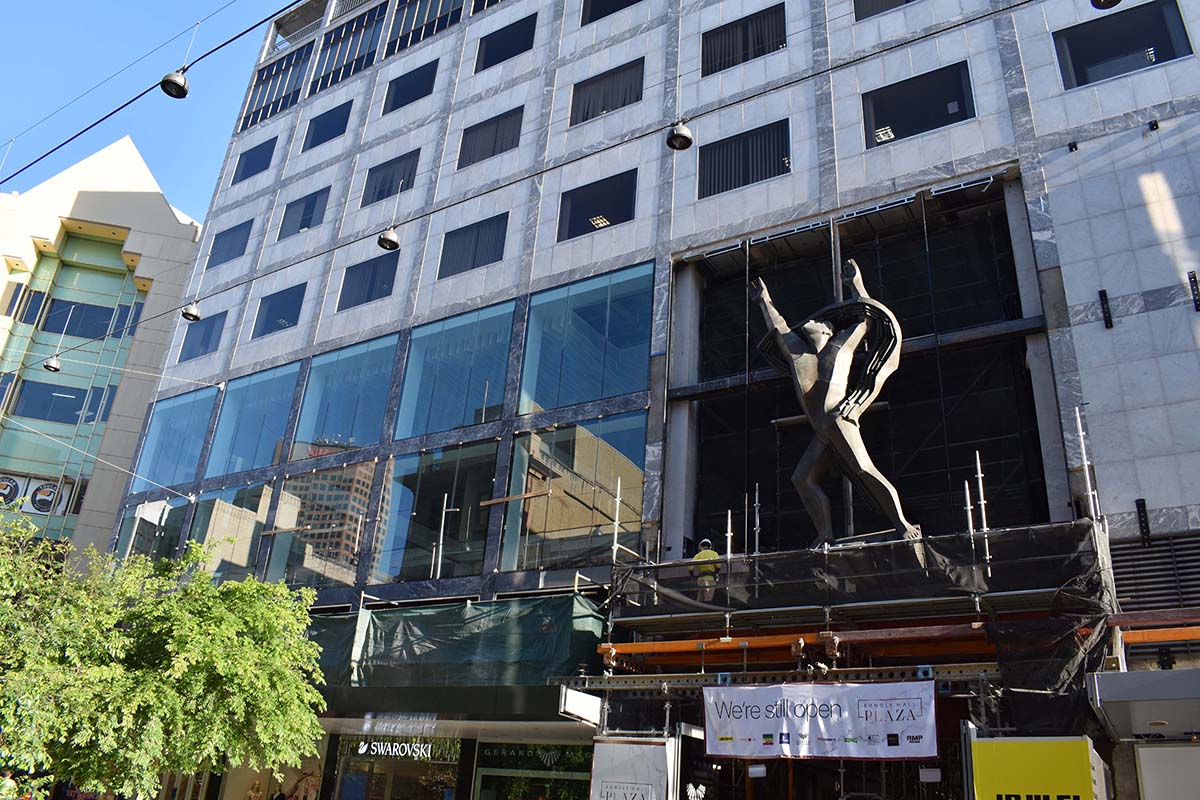 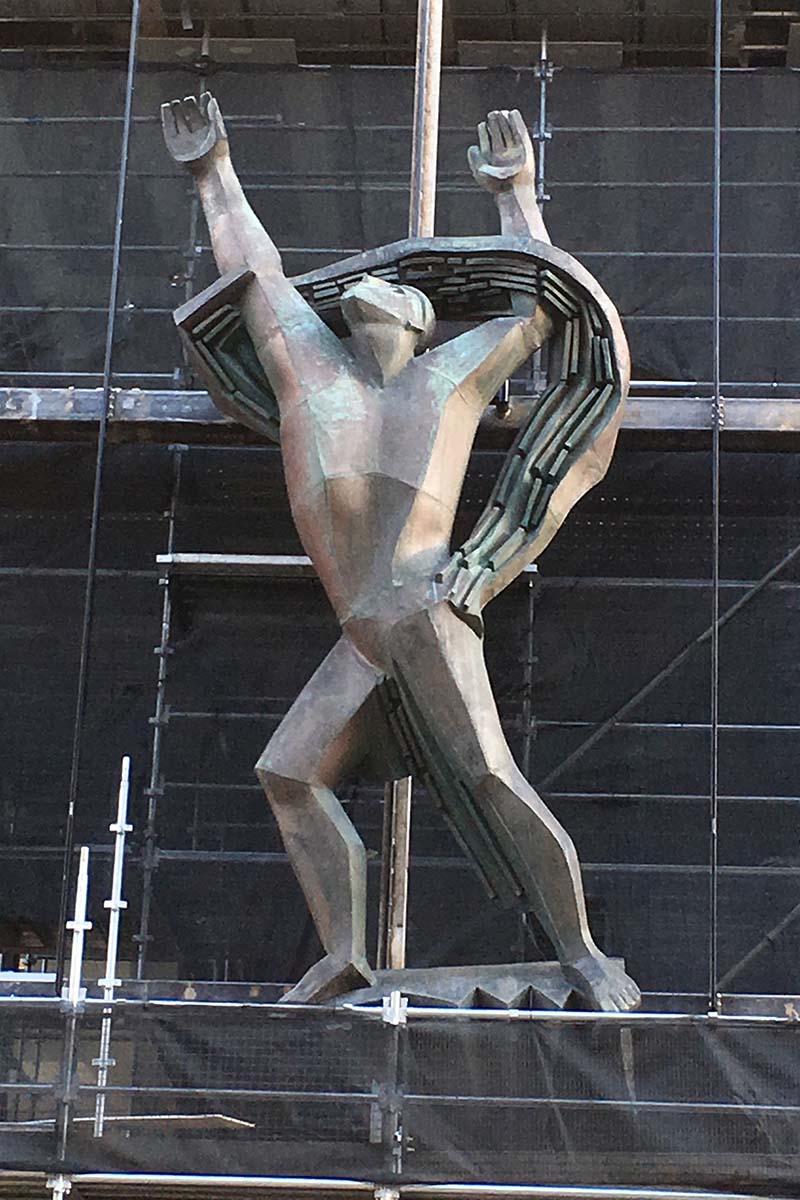